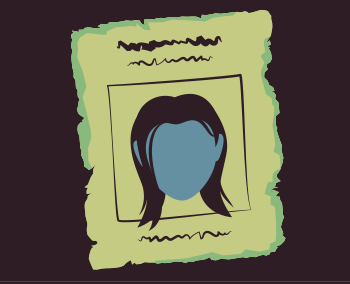 Where do Tethyrians come from?

Tethyrians are the prevalent human ethnic group found around western Faerûn, particularly the Sword Coast. Though home to long-standing native human tribes, the Sword Coast has also become a melting pot of immigrants, whether fleeing from or seeking war. Thethyrians are a relatively recently recognized ethnic group and occupy a large swath of territory that stretches from Calimshan to Silverymoon and from the Sea of Swords to the Sea of Fallen Stars. Much of the typical Tethyrian behavior has resulted from centuries of enslavement and oppression from various invading peoples. They are fiercely independent, protective of their freedoms, and wary of any threat posed by a dominant kingdom or empire.

Considering their diverse ancestry, the Tethyrian people have never developed a unique language. Most villages, towns, or cities adopt the language of the most significant cultural influence, which is predominantly Chondathan in most of the Sword Coast. However, their culture is an amalgamation of many different peoples, including Calishite, Chondathan, Illuskan, and Low Netherese. Because of their adaptive nature, Tethyrians tend to be quite tolerant and comfortable with other ethnic groups. Though, upper-class Calishites and the Mulan of Thay tend to be a common exception.

The distrust of the Mulan of Thay comes from the rumors and history of the Red Wizards. A notorious and nefarious magocratic society known for cruel enslavement practices, demonology, and arcane experimentation. However, the Thethyrian opinions of the Calishite upper-class stem from more direct interaction and confrontation. In Calimshan, many of the local Tethyrians make up the bulk of the lower classes. Their distaste for high society stems from a long-standing history of discrimination and harassment.

Whether in or out of Calimshan, Tethyrians have found great success as tradesmen of all kinds. Many are craftsmen or caravanners, while the more adventurous among them find employment as mercenaries, fighting wars and battles across many other realms. Due to the continuous waves of conquest and generations of warfare, many Tethyrians are quite skilled fighters and rogues. Though, what different cultures find the most surprising is the long-standing tradition of Tethyrian bard craft. Throughout their history, their people have lacked a formal empire of any kind. As such, the Tethyrians rely heavily upon the wandering bards to maintain and share their oral history.

Typically of medium build and height, Tethyrians tend to be taller and broader than most Calishites. Their skin is generally a dusky hue, although fairer in complexion the farther north one travels up the Sword Coast. This change in skin tone is often a reflection of the increased Illuskan and Low Netherese ancestry instead of the more common southern Calishite heritage. Regardless of their geographic location, Tethyrian hair and eye colors are diverse, with brown hair and blue eyes being the most prevalent.

Most Tethyrians believe their multi-ethnic heritage to be a badge of honor. It shows the perseverance and determination of their people and their propensity to overcome through assimilation rather than extermination. However, this same pride for their culture and preference for city-states over kingdoms often makes them suspicious of unknown remote rulers and large realms. If Tethyrians were to have a singular, universal weakness, it would be their hesitation to come together under a common banner with those who are not their immediate neighbors. 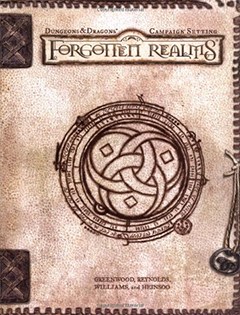